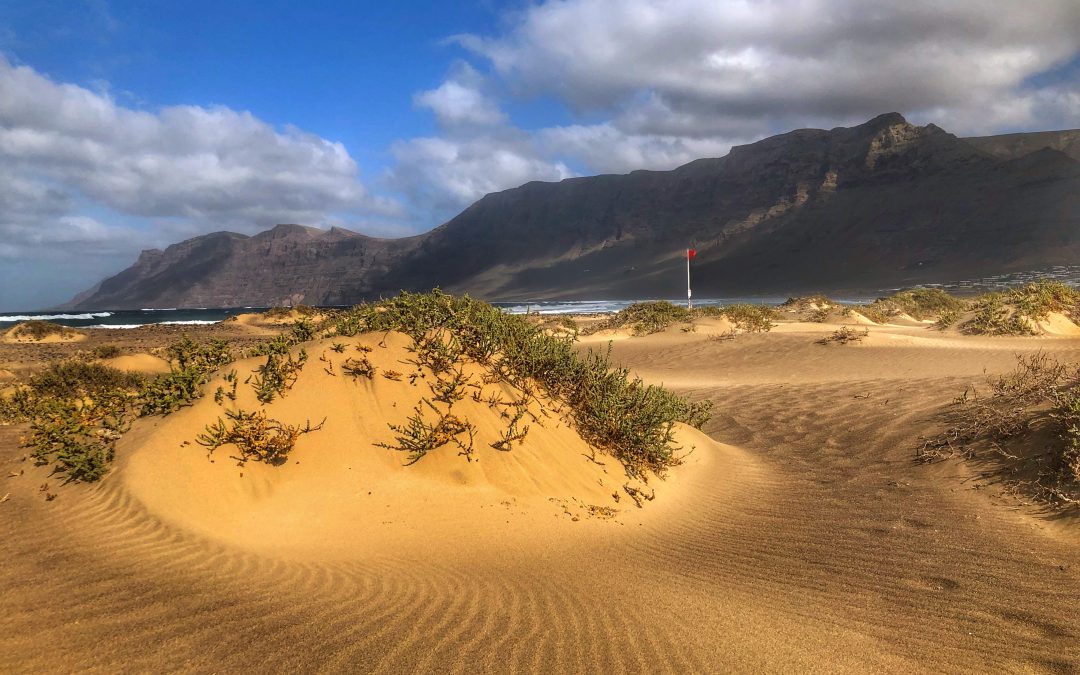 There are places and things to do in Lanzarote that are just too good to miss and in this post we will set out our personal favourites and the best way to see them.

Lanzarote is an island of contrasts, from the bustling tourist spots in the south of the island to the deserted, rugged north coast – so much to see and do.

We stayed in the south coast resort of Puerto Del Carmen, which is a busy holiday resort mostly favoured by the Irish and British tourists.

Due to this, there are mainly restaurants serving British type foods and cheap alcohol from early morning to early morning.

There are however some little gems of traditionay Canary Island restaurants and bars that can be found here.

We mainly chose Puerto del Carmen as it is well placed for travelling around the island by bus, which has good links to other towns and resorts on Lanzarote, and by car.

We were here for 10 days in January and we rented a car for 3 days, which we found was ideal.

Just a word of warning about hiring a car on Lanzarote, some of the agencies had a really hard time during the Covid crisis and were forced to sell their cars, so it is better to reserve a car before you land and pick it up at the airport, or reserve a car towards the end of your stay and leave it at the airport when you leave. We did the latter.

Probably the most photo-worthy attraction on Lanzarote is the Timanfaya National park – the mountains of fire – are about as close as most of us will get to a landscape resembling the surface of the Moon or the planet mars – it really is spectacular.

We probably won’t make any friends in the guidebook industry here, but we recommend that you take a coach trip here for many reasons.

All of the guidebooks I read before coming here recommended going here by car – which is not a great idea.

I asked a local guide who said that the only real way to see the national park was by organised tour on a coach – which I absolutely hate.

However, he was quite right – we booked a tour which was about 35€ per person and lasted the best part of half a day, with lunch at a small price supplement, but optional. Our tour took us first to El Golfo on the west coast of the island for a quick stop and a hike to the green lagoon, which is pretty impressive.

The green colour comes from the algae in the water and there are some great shots to be taken of the red lava and cliffs to the beach. There is also a café where you can get refreshments if required.

The next stop on the excursion is at the edge of the Timanfaya National Park, for, believe it or not, a camel ride up the slopes of a volcano, before going to the visitor centre in Tamanfaya, where somebody pours water down a bore hole to create a sort of artificial geyser as the water heats up and shoots out of the spout.

Here you will see why it is not a great idea to come here by car, as you pass the kilometers of traffic jams on a dedicated lane for coaches, and all that car driver’s can see is the visitor centre – so not much point really, as cars are not allowed into the national park.

From the visitor centre the coach takes you into the national park, stopping at various points for people to take photos, but you can’t get off the coach – photos only through the windows. That said, the landscape in the park is breathtaking and well worth running the gauntlet of the touristy coach tour.

The final parts of the coach tour are pretty usual – a visit to a bodega and gift shop, a largely uninspired restaurant for a run-of-the-mill buffet, although the small village where the restaurant is situated has a lovely little church, which is worth a visit, the Ermita de los Remedias.

Another place which is mentioned as a must-see place in most guide books is Jameos del Agua – which in my guidebook was mixed up with Cueva de los Verdes. Let me lose my last Lanzarote guidebook friends by saying that this place is really not worth visiting (in my opinion of course). Just to give you an idea, you queue up for 20 minutes, pay 10€ each to go down into a cavern that is sometimes used for music concerts and has a restaurant at the foot of the stairs.

After travesing the small cavern there is a pool that looks like a swimming pool, but no swimming nor paddling here! You then leave via a visitor centre, which is basically a gift shop.

Another favourite in the guide books is Le jardin de Cactus – a small garden with some pretty amazing cactii growing in it – but again, if you are not a fan of cactii give it a miss. If you are going to some of these tourist attractions you can buy a ticket at a reduced price, to visit 2, 3 or 4 of these. 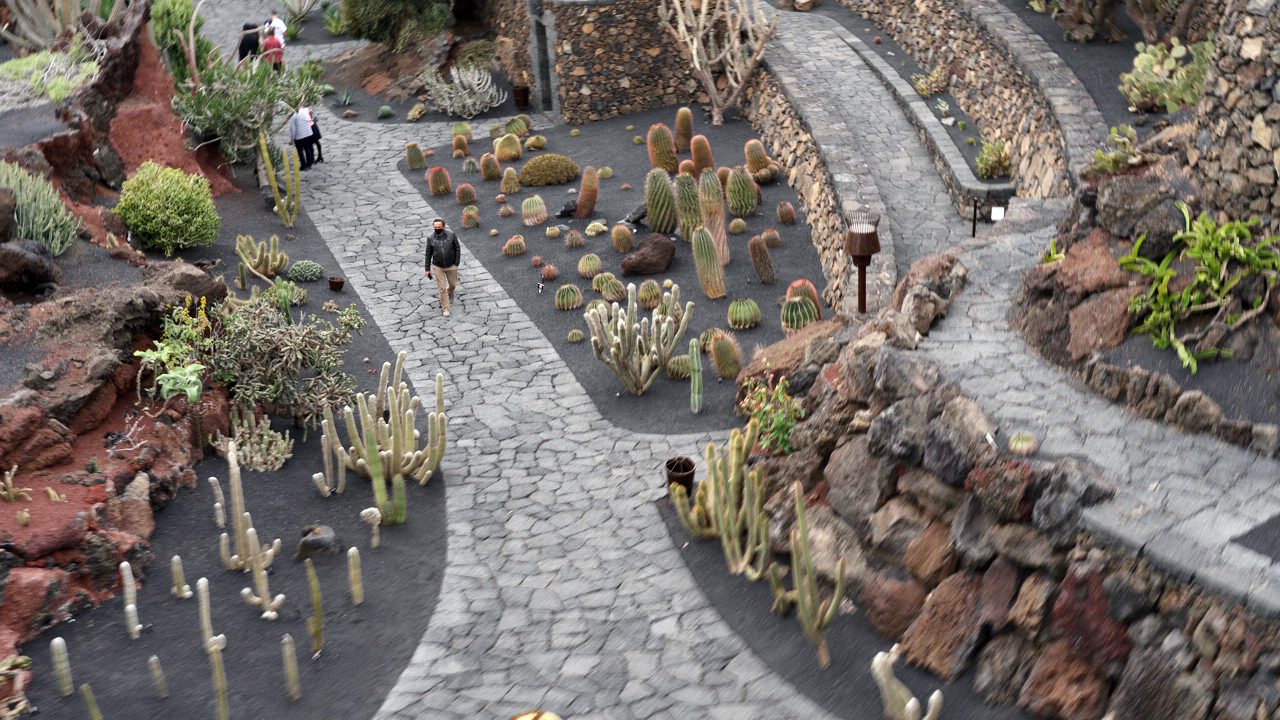 All of these places have one thing in common, they were built or designed by César Manriqué, so the next place to go to on the tourist trail is Cueva de Los Verdes, an underground lava tube, which is well worth a visit.

You will find that you are not the only one to have this in mind as the car park is usually full to the brim, which means you may be queing for a couple of hours to get in. The visits are in groups of about 20 people and is both interesting and informative, with a couple of surprises in store, that I won’t give away here.

The only way to avoid the queues and crowds is to get there before 10am, where you should be able to get into the first groups to visit.

To get an idea of what’s in store in Cueva de los Verdes, have a look at our video.

Continuing on the theme of guide books, there is the big Sunday market at Teguise – if you like touristy markets and an English breakfast sandwich, you will love it! It does give an opportunity to visit the town that was the old capital of Lanzarote, which is quite a charming little town, but if you come on another day when the market is not on, there are less people.

Another highlight is the north coast of Lanzarote with its wild beaches, surf spots and white dunes – don’t miss Orzola, Punta Mujeres and Punta del Paulo.

If you have a head for heights, or even if you don’t, you must take the road from Bateria to Haria along a scarily precipitous road with two-way traffic that at times is a little hairy, but the view over to La Graciosa island and the salt pans is really breathtaking, be careful if you have children as there no safety rails on the cliff tops.

If it is open you can also visit another creation of César Manriqué ‘Le Mirador de Rio’ for an equally breathtaking view, from here go down the coast to possibly one of the most beautiful beaches on Lanzarote – Palay de Famara, surrounded by an almost wild west type of desert countryside and steep cliffs. 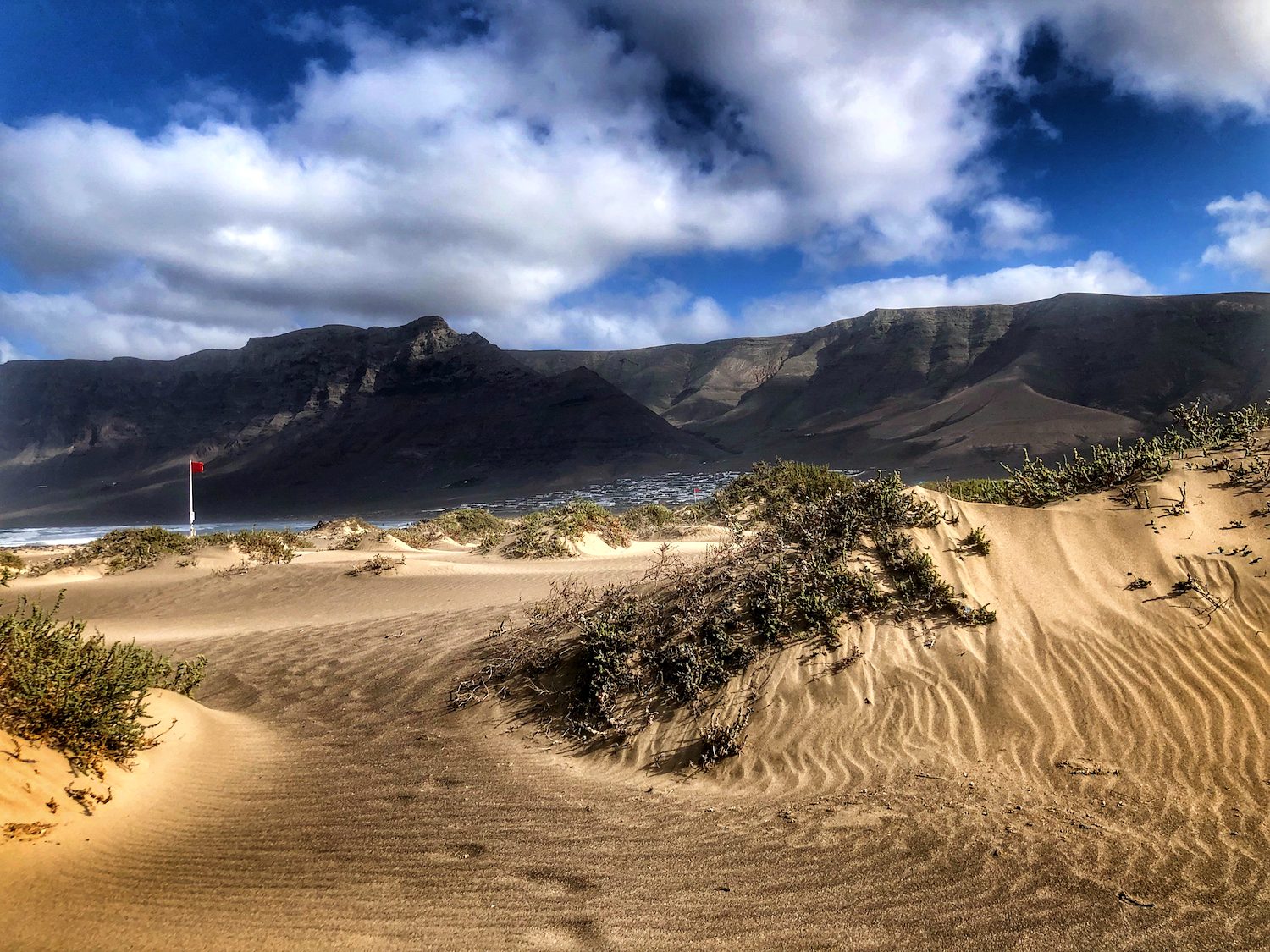 For the most beautiful beach in stunning surroundings, head on down to Playa Blanca, where there are some nice restaurants and bars facing the sea, then take a long bumpy track to Papagayo Beach, which in January was quite full of people, so I dread to think of the crowds it attracts in the high season. 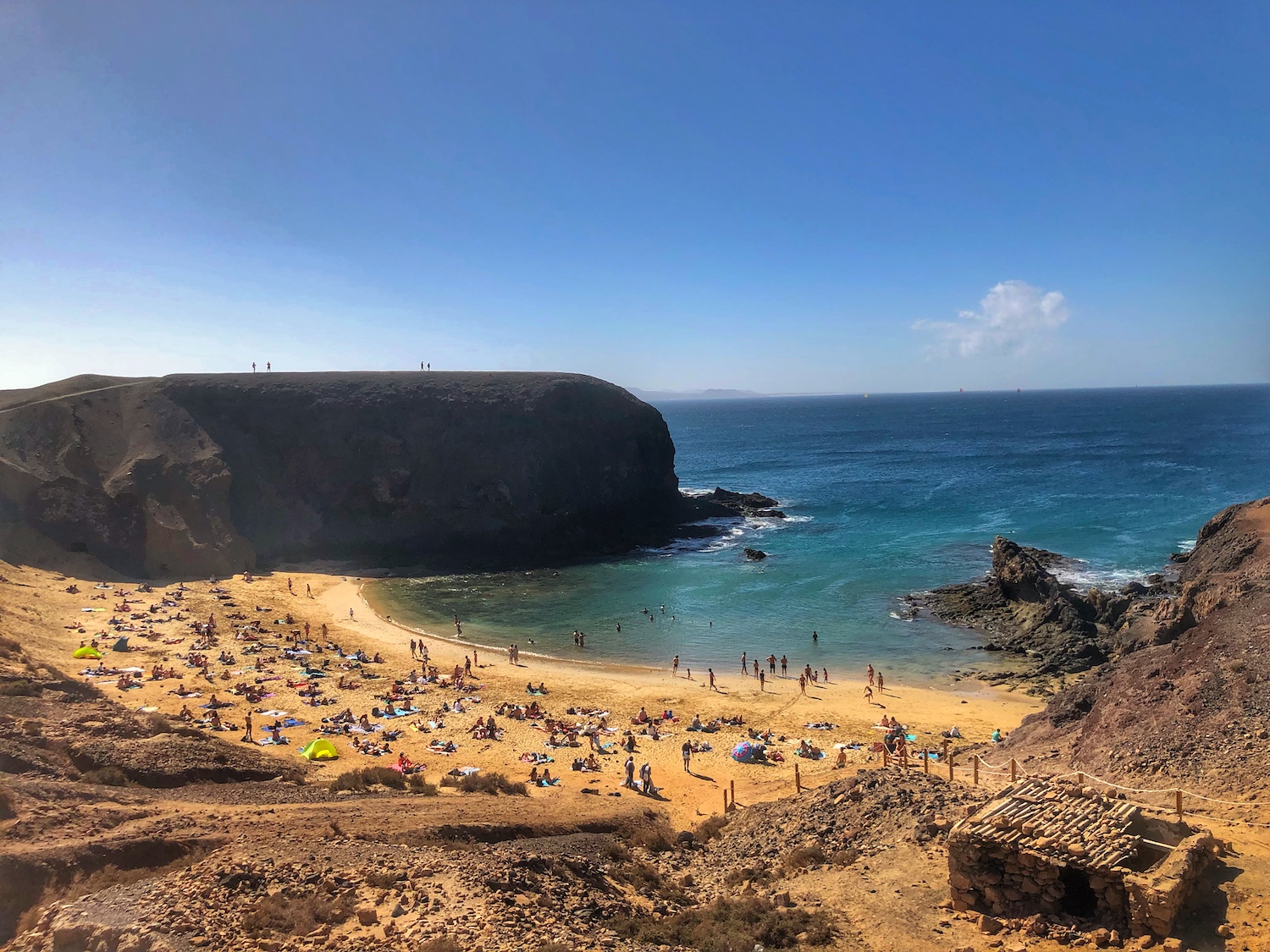 Lanzarote is a fabulous destination for winter sun and the temperature in summer is very pleasant, as I said it really is an island of contrasts and is great for exploring – it is also very close to Fuertaventura and can be a starting point for exploring the other Canary islands – we loved Lanzarote! 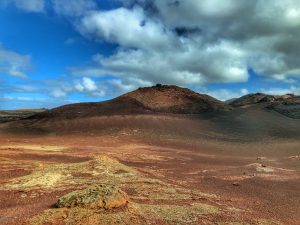 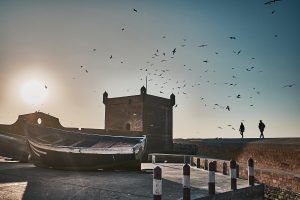 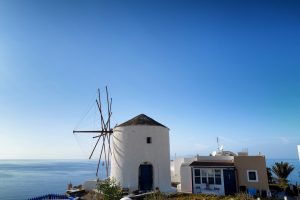 What to do and see in Santorini podcast 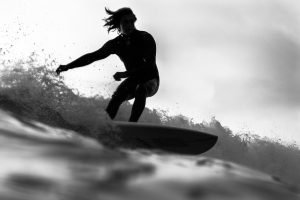